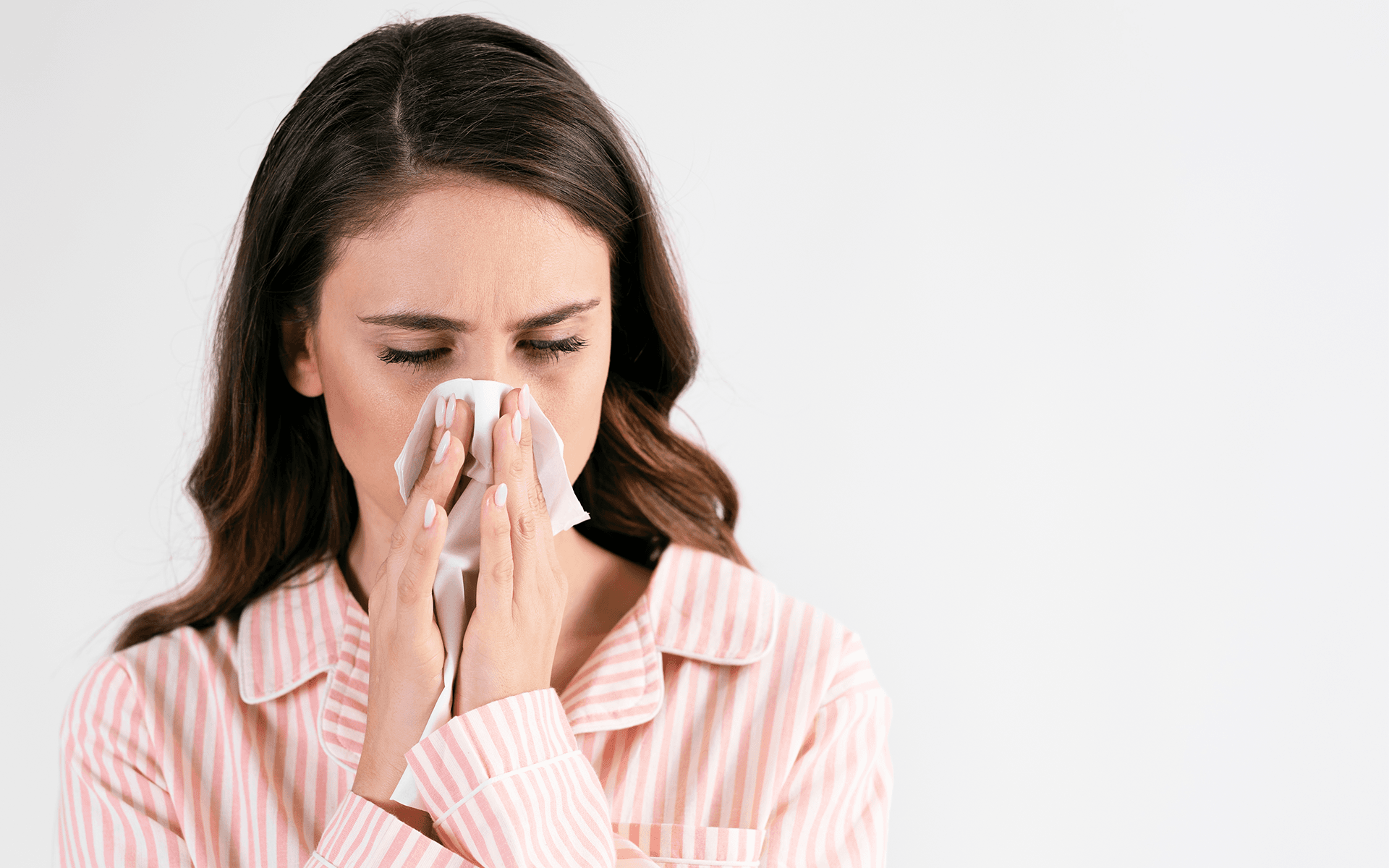 Best 5 Remedies for a Runny Nose

A runny nose, or rhinitis, is when mucus drains out of the nose due to its increased production. This symptom may have various causes and may last a short time or much longer. The colour of the nasal discharge may vary too, which may indicate what is going on in the body.

What causes a runny nose?

If you often suffer from a runny nose, you may be surprised to read that various factors can make you sniff. For example, mucus dripping from the nose may be caused by colder outdoor temperatures, a viral infection such as common cold or flu, and even allergies.

Those who suffer from chronic sinusitis, i.e., blocked sinuses that occur for 12 weeks or more, may experience a runny nose as one of the symptoms.

You may get a runny nose any time that you eat, but it is most likely to occur when eating spicy food or food that is hot temperature-wise. Some people also get a runny nose when drinking alcohol.  Irritants in the air can cause a runny nose. Some examples are perfumes, cigarette smoke, dust, and pollution. You may notice that changes in weather, temperature, or humidity levels can also cause non-allergic rhinitis.

Some also experience a runny nose during pregnancy or menstruation since hormone fluctuations may also trigger the overproduction of mucus. If you are going through periods of increased stress, do not be surprised if your nasal passages also react by releasing more mucus than usual.

How can I treat a runny nose?

When should I seek medical attention for a runny nose?

A runny nose is a common ailment and not usually something to worry about. However, if you experience any of the following it is best to speak to your pharmacist or doctor:

How to Stop a Runny Nose at Home. (2017, October 26). Healthline. https://www.healthline.com/health/how-to-stop-a-runny-nose