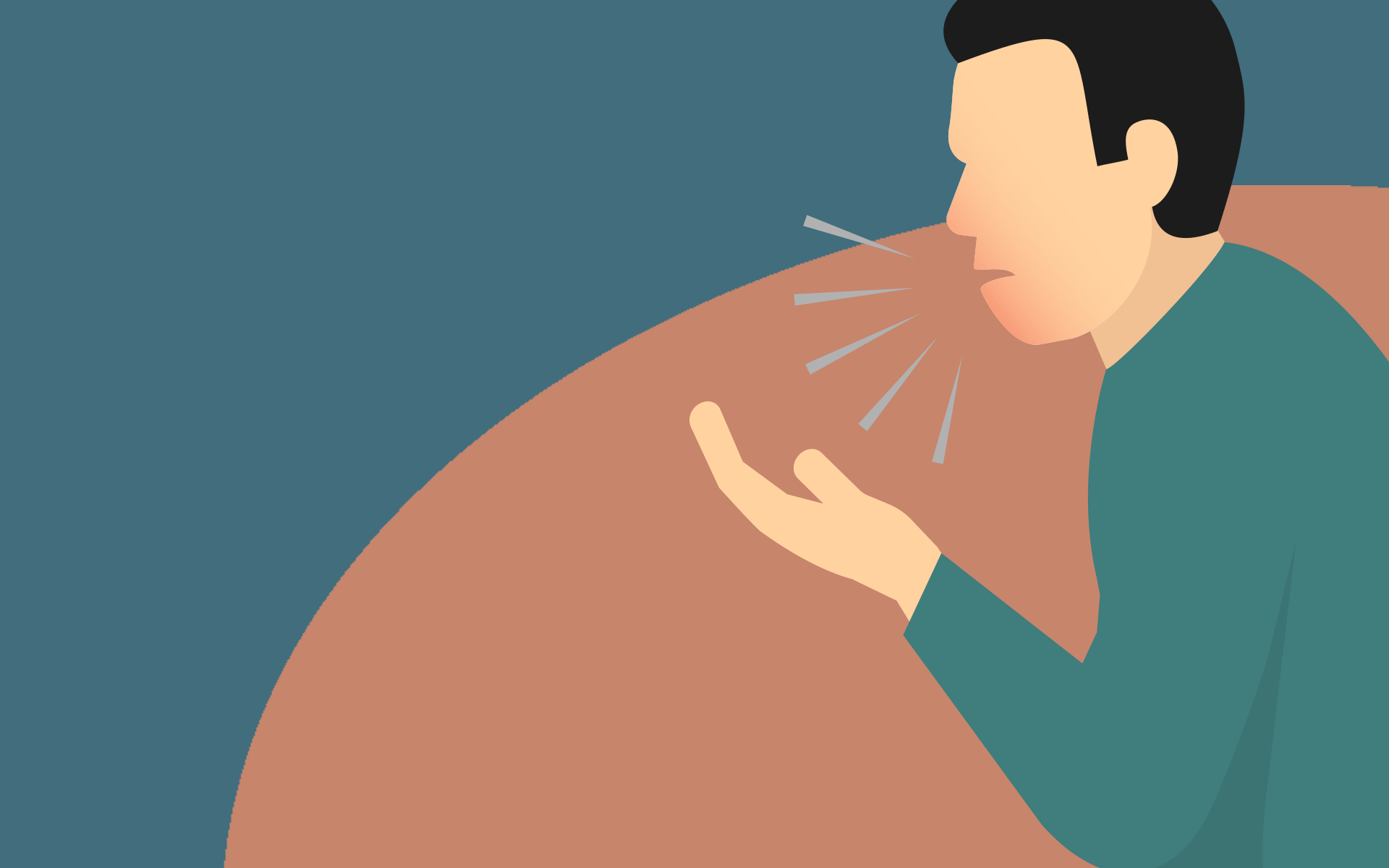 A cough – An incessant tick or our body’s natural function? A cough is, in fact, a vital player in our body’s defence against disease. The act of coughing is done deliberately or as part of a reflex mechanism by which your abdomen and chest contract to expel a burst of air. Why does this happen? Coughing helps expel mucus, microbes and foreign particles from the respiratory tract, protecting the lungs from infection and inflammation. It is a way the body expels irritants.

Coughing can be a voluntary or involuntary action. If the case is the latter the cough is triggered by infections, allergies, colds, flu, smoking, dust particles or by normal bodily fluids such as nasal mucus.

Coughs can be broadly subdivided into productive and non-productive coughs.

A non-productive cough is also known as a ‘dry cough’ since it does not bring up any mucus or secretion. This type of cough has a tickling sensation at the back of the throat. 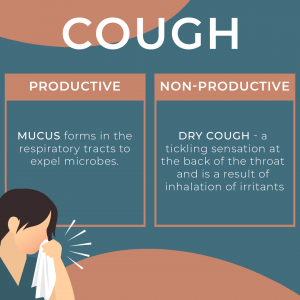 It is best to understand that a cough isn’t a disease but rather a symptom of an underlying medical condition which can be classified as mild or severe cases.

Everyone coughs and nobody worries about an occasional cough. Many acute illnesses, such as hay fever, common cold, bronchitis and pneumonia produce recurrent coughs that are resolved in a matter of days/weeks.

Types of short-term/acute coughs are:

On the other hand, chronic coughs linger for 3 to 8 weeks. Chronic coughing should be brought to the attention of your physician especially when the cough is persistent.

Chronic coughs are triggered by:

To determine whether a cough is dry or chesty your doctor will most likely ask you if you are producing darker than usual phlegm. The varying colours in the phlegm that you produce is a good indication of the type of treatment and medication your doctor will prescribe. There are various treatments for treating productive and non-productive coughs, which will be discussed in the following article…stay tuned.